It is hard to believe over 4 years since I raised petition 41206 demanding Moran’s Market closes and the public torture of dogs and cats ends officials have ruled this is a possibility.

Our charity World Protection for Dogs and Cats in the Meat Trade has campaigned tirelessly outside the Korean Embassies and supported the incredible efforts of local protest group DASOM who spent the entire summer outside this market.This really is testament to how change comes from within.http://m.koreaherald.com/view.php?ud=20161213000847#cb

It has been a year since The Daily Mirror ran an article raising doubts about Mrs Yang, the Chinese Woman who defrauded the public and abuses animals she claims to have rescued.

Trolls including this man Daniel Allen who has stalked me online have tried to use this article to promote this animal abuser.Allen, went as far as to fabricate a complete lie that he was ‘hounded” for asking questions. He also stole my photo and placed it on his blog.Creepy behaviour from a man I have never met or spoken to.

I asked the Independent Press Complaints Commission to Investigate and they contacted the Mirror who confirmed in black and white DANIEL ALLEN LIED and they had never intended to cast doubt on the charity. Daniel Allen for some reason continues to promote his libel.

The Mirror intends to publish a statement to confirm the law on fundraising which will further discredit this man. In an email to me dated June 2nd 2016 Helen Odia confirmed.”we would be happy to publish a clarification to set out Ms de Cadenet’s position in relation to the legal point”

Odd behaviour from Daniel Allen . But a man who is neither a doctor nor vet who insists in calling himself a ‘Dr’  when it is purely an academic title gained from teaching  1st  year Geography at a former polytechnic beyond odd.

Despite his irrational hatred towards me and our charity we have gone from strength to strength and have built a wonderful shelter in China where 420 dogs and 36 cats rescued from the Dog Meat Trade are safe and well.

Yes it is the correct spelling.We now have Veggans,those who follow plant-based diets but eat eggs.

Taken in 2013, our charity has been campaigning to end the dog and cat meat trade for 4 years.

Source: NoToDogMeat at the House of Commons

This article was published in the New York Times last year. I was interviewed and confirmed the following facts.

1/ A woman calling herself ” Mrs Yang” did not save any dogs and cats from Yulin as she had claimed to.I visited 4 of her ” shelters” and she was unable to produce a single dog or cat she claimed to had rescued.

2/ I witnessed dead dogs, dogs tied up without food and water and the most horrific a dogs abandoned, locked in and left to die.

After four years of actively campaigning against the dog and cat meat trade in Asia the whole world finally knows not just about Yulin but the barbaric way dogs and cats are brutalised for food and fur.

and although this years festival will still take place, we all hope it will be much smaller with tighter controls. In a few weeks I will be able  update first hand on my own visit to the region but for now a message of hope from Oliver rescued from a truck and on his way to his forever home.

Just look how well he has done. Lovingly pulled to safety by on the ground unpaid Chinese Activists.

A proud day for NoToDogMeat USA. Huge Thank you to Debbie Duncan Dunn, the USA’s 1st ever campaigner against Yulin Dog Meat Festival

3 years ago Debbie Duncan Dunn travelled alone with her young son to Washington to present our charity’s opposition against Yulin. Now finally thanks to her hard work and collective  lobbying,today is the day that House Resolution 752 goes to the house floor for a vote. This resolution urges and pressures China to stop Yulin and end the dog meat trade.
You can still help:
Please go to the link:
http://www.house.gov/representatives/, find your local representative and call, email, and post on their website

NoToDogMeat has an active USA Chapter and we welcome your support. 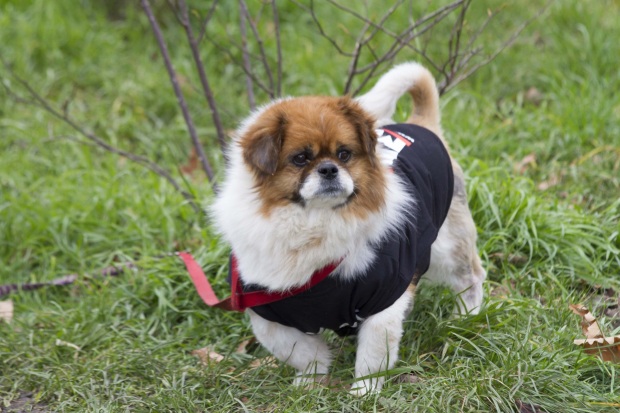 The Year of the Monkey is fast approaching and amid the celebrations thousands of sentient beings will be slaughtered. If you are in London tomorrow (Friday Feb 5th) come down and raise your voice at the Chinese Embassy. We will also be heading down past the BBC to China Town. Our trustees will be around so if you have any questions on our operations we will be glad to answer you. Our phone number is 0207 873 2250
email: campaign@notodogmeat.com